The Future of Gaming is Here!

From the hyper casual mobile gamer who plays candy crush on the train to work, to the world class esports superstars, we know gamers. Why? Because we are gamers too. 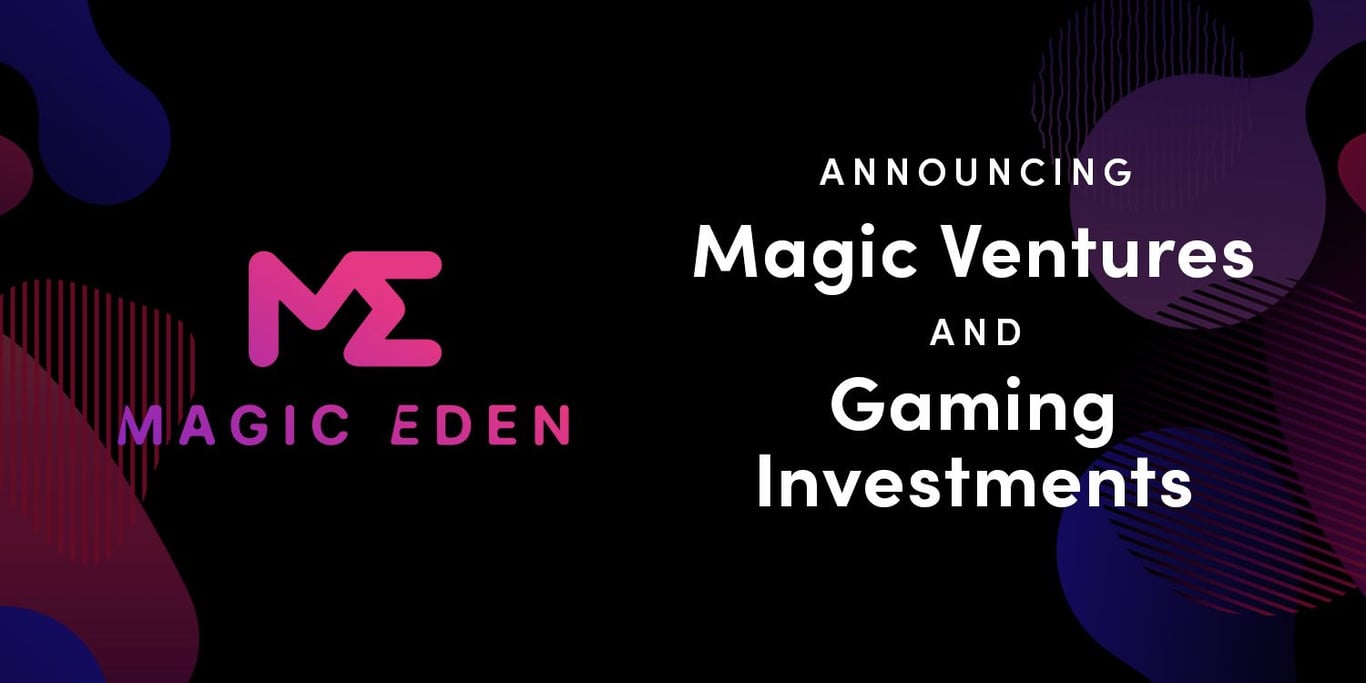 When we’re not working on Eden Games, we’re playing the games that made us who we are. We are the audience that we’re building for. — Matt Biamonte.

Magic Eden believes that Web3 games will be an on-ramp for millions of users to blockchain, propelling it into the mainstream and for the technology to be widely adopted. But, gaming and metaverse projects, remain at a nascent stage. Through the onboarding of key hires, new partnerships, and the launch of Magic Ventures, our investment arm, Magic Eden announced the expansion of its gaming division, Eden Games.

Since its inception, Eden Games has ushered in over 50 games and seen over 310,000 users mint / trade gaming NFTs on Magic Eden. Our secondary marketplace has seen over 21.2M SOL traded and in June, we represented over 92% of all gaming NFTs traded on Solana. The future of Web3 games is bright and full of opportunity. The launch of Magic Ventures and the appointment of Tony Zhao as its Head of Gaming Investments will allow Magic Eden to invest in promising games and gaming infrastructure in service of helping games be as successful as possible. Tony joins Yoonsup Choi, Harrison Chang, Matt Biamonte and Michael Silvio, who all bear deep knowledge in Web3 games through their respective backgrounds in gaming and esports.

Tony Zhao believes that blockchain technology will introduce an innovative gameplay utilizing digital ownership through in-game NFT assets, to the benefit of all. His interest in gaming sprouted way before he joined Tencent games, where he invested in up-and-coming games and helped the tech giant acquire world-class studios. “In elementary school, I’d play Roller Coaster Tycoon during recess. Before I knew it, my friends and I were spending hours on intense Pokemon research to figure out the best strategy to capture and train the rarest Pokemons.”

“I vividly remember begging my parents to let me go to a lan center almost everyday to play Starcraft.” Yoonsup Choi who will support gaming partnerships and business development is a championship-caliber former League of Legends player and was previously a coach of an established esport team. Given his background, Yoon adds that gameplay alone is not enough, if web3 games were to compete on the same playing field as traditional games. “The next big web3 game will not look like a traditional game that we’re used to. It will be an innovation, not an upgrade of existing titles.” Both Tony and Yoon take the view that this is possible with web3 games as they utilize the unique advantages of building an onchain game while balancing technical limitations and pushing for practical solutions.

Joining him is fellow championship-caliber Fortnite player, Harrison Chang, who will also join the gaming partnerships team, first watched his older brothers play games. Till this day, he enjoys the first game he’s ever played — Starcraft 1. “Blockchain gaming will need to fully utilize the actual blockchain part of it to be successful. In addition, the game itself has to be extremely fun and replayable at its core in order to harbor a thriving, long term community.”

Yoon, Harrison and Matt Biamonte, have all individually launched NFT projects. Matt Biamonte, who will support gaming business development said that an injury at age 18 changed the trajectory of his athletic career. Gaming became an escape. “While I’ve been playing Runescape for as long as I can remember, Call of Duty 4 was my first true love in the world of competitive gaming. My friends and I signed up for MLG GameBattles (a competitive match-making system) and would play all night, every night during the summer. I credit my love for professional esports to the fierceness of competition and the camaraderie with my teammates during those late summer nights.” To Matt, Web3 gaming is a natural and crucial part of the evolution of gaming - redefining the relationship between players and creators. Aware of its infancy, Matt adds: “In the first wave of Web3 games we saw studios trying to directly compete with AAA teams from the Web2 space. The market has spoken, and games who can creatively incorporate blockchain tech with new and innovative games/mechanics (STEPN via walk to earn, and Mini Royale with Battle Pass minting) will, in my opinion, have the most success over the next 6-12 months.”

The trio’s intimate knowledge and experience of both traditional gaming and NFTs will provide developers the advisory and operational support needed for go-to-market success.

Michael Silvio, who will be supporting games marketing, is an internet-gaming-native. As soon as he started gaming, he knew he wanted to do it forever. In 2013, he started streaming and posting gaming videos on YouTube. By 2020, he amassed a combined following of over 700,000 across YouTube, Twitch and TikTok. Michael believes that web3 gaming will present games with an opportunity to make money while gaming. “Instead of spending $20 on an in-game camo and being stuck with it forever, gamers will be able to buy AND sell their in-game assets, and they may end up making even more money than they purchased the asset for based on demand/supply.” In his opinion, web3 games needs to spend a lot of time developing the game to succeed. On top of time spent developing, they also need to have an experienced marketing team who has a deep understanding of the Web3 space and the general gaming space.
It’s clear that traditional games will always have a place in our heart. But, web3 gaming has an opportunity to capture our minds too. And the Eden Games team is the best in the game.