Lysergic of Trippin’ Ape Tribe shares how his music festival experience ties into his passion for NFTs and on “bad but effective marketing.”
May 23, 2022 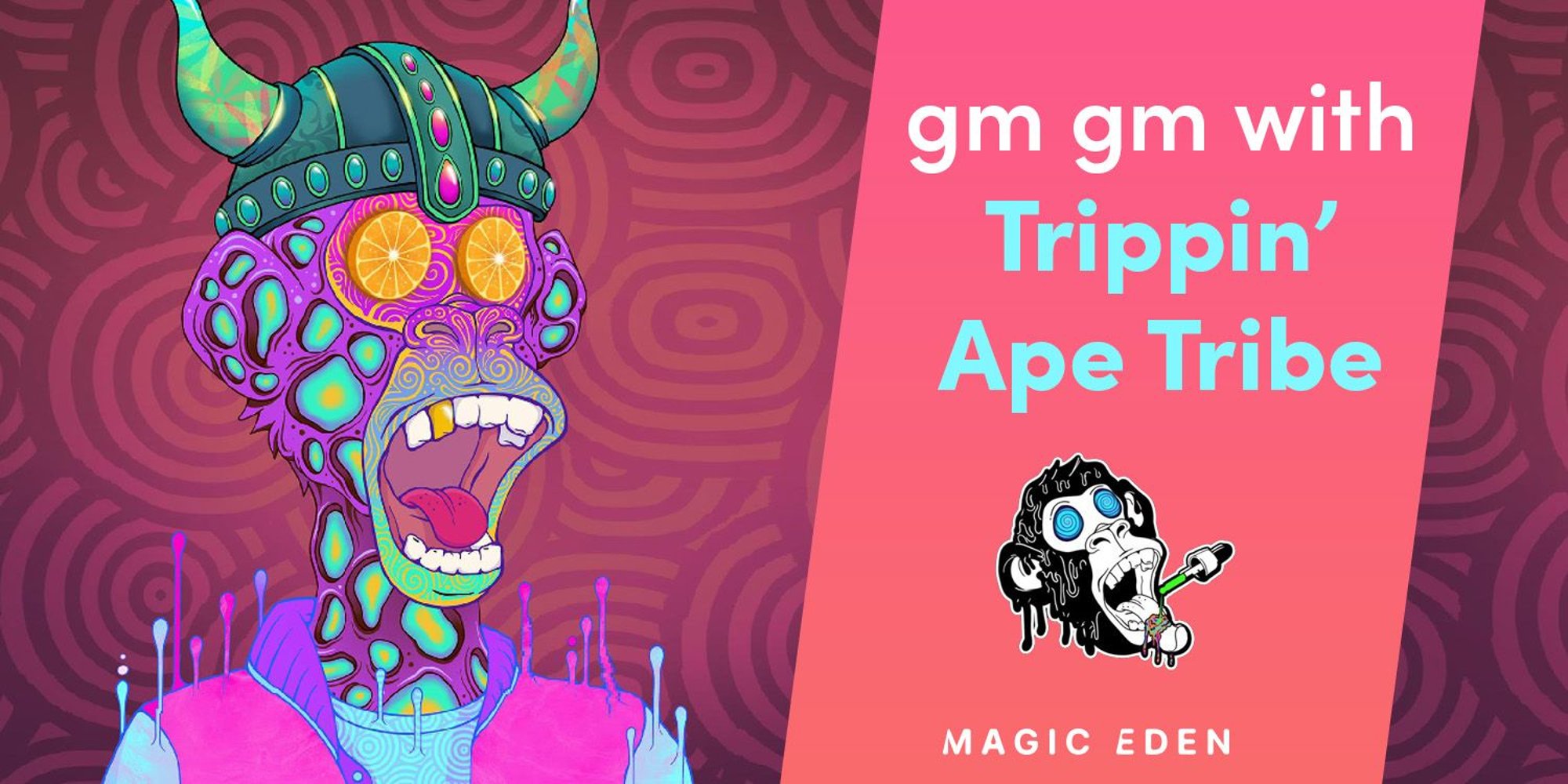 Trippin’ Ape Tribe is not a cult.

It is rooted in lore and psychedelics. You don’t have to be a tripper to appreciate the universal appeal of the incredible psychedelic art and the stories it tells. The OJ fur-body tells a tale of a guy who ate too much LSD that he turned into a glass of… orange juice that he thought would spill. References pay homage to movies, while others reflect your experiences while tripping like sweaty palms and melting faces. Lysergic adds that this may or may not have been influenced by personal experiences.

Lysergic is the co-founder of Trippin Ape’ Tribe. He began his journey in music as a bedroom DJ. Residencies turned into national tours, and national tours became festivals of his own. He’s worked with top tier talents like Illenium, Griz, Future, Excision, RL Grime and Wiz Khalifa. Danny, the co-founder of Trippin Ape’ Tribe, frequented these music festivals before becoming IRL friends. And like all great friends, he introduced Lysergic to NFTs.

With psychedelic culture being a pivotal part of their lives, the team knew that this theme was central to the project. And now, it was a matter of finding the right ‘pfp’ option. They considered human avatars, sloths, cats, bears but constantly returned to apes. “Honestly, we thought it was hilarious. A fun community would come out of it. Plus, let’s be real… no matter how many people say they don’t like ape projects, they’ll always ‘ape’ into them.” As fun as the vision for Trippin’ Ape Tribe and the team is, they’re serious about long-term value. Valhalla Labs was created with this in mind. Valhalla Labs is a creative studio that gives them the flexibility to pivot in any direction. Perhaps, much needed in a space with ever-changing meta.

Lysergic of Trippin’ Ape Tribe shares how his music festival experience ties into his passion for NFTs and on “bad but effective marketing”:

ME: As you know, it takes a team to bring an NFT project to life and thrive. Who’s on the TAT team, and how did you guys come together?

TAT: I’ve (Lysergic) been a serial entrepreneur since I was 12 years old, selling stuff on eBay. I’ve worked on dozens of music festivals. I also own multiple businesses. Danny DEVITOKEN, my co-founder, is the ultimate degen who understands the space top to bottom. One of our business partners introduced me to Danny, and we vibed over our love for shitcoins. We’re ying and yang: he’s observing the NFT space while I use my experience to cover the business aspect of things. Fenrus is our marketing wizard, who has a day job in corporate marketing and is a degen, who came into our Discord one day.

Brisket is one of our devs and a utility mastermind with experience in the web2 software world. He’s so unbelievably creative and brings a lot of interesting ideas to the project. He came from ETH, but he loves Solana now. Mr Hankey, works alongside Brisket and focuses on our utility, quests and art generation. Finally, we have King, our badass community manager. He’s going to blast me for saying this, but we linked up through Twitter DMs when he made banners for DeGod holders. He wanted to see if I wanted one. I noticed he had ‘community manager’ on his bio and we talked.

TAT: The similarities between running a music festival are actually extremely similar to an NFT project. The main focuses are community, marketing/branding, building hype and experience (which I equate to utility in a sense). Not to mention the chaos. This past month, I’ve felt oddly comfortable with the late nights, over the top stress and the feeling of cramming.

The community is the staple of both businesses, and building hype to get people excited is the name of the game. Content creativity, social scaling, team building, and operations are part of both. Just as we have to engage with our NFT community, I have to constantly engage with the music communities I’m involved with.

I think it's the most significant factor that played a part in launching this. Our initial and current marketing plan was carefully laid out well in advance. I wouldn't say it was by a stroke of luck that we have many followers and a strong community. But I'd be lying if I said I thought we'd be at 400k followers on Twitter by now.

What I’ve experienced from running multiple businesses for over a decade has been invaluable. You really have to go through it firsthand to understand it. These factors have helped me set myself up to run a proper project that is sustainable.

ME: In an AMA with DeGods, you mentioned “bad but effective marketing”. Talk us through TAT’s approach to marketing.

TAT: We almost always maintain our brand voice on Twitter and on Discord as much as we can. I call it “stupid and effective marketing”. The first week we went live, we had a truck with a billboard drive up and down the Vegas strip, with the words “NFTs ARE STUPID” and a QR code leading to our Twitter. While we take this space and business seriously, we want to make it known that it’s also supposed to be fun, and it’s okay to enjoy it from a nonsensical point of view. At the end of the day, for the most part, we’re grown adults talking about cartoon images like they’re solid gold.

Besides that, we’ve had countless videos made, showcased our presence at an NFT event in Vegas back in March, teased merch and engaged our community through mysterious lore and content.

We want to tell a whole story with this project. Not just 3 to 4 paragraphs of lore. Our branding/marketing is lore-driven. Our content is lore-driven. Even our utility is lore-driven. It all revolves around the story. We just think it’s more engaging and exciting this way.

The idea is to keep people thinking about the project. Guessing what we’ll do next. We believe that’s a lot more exciting than laying everything out. It also gives us the freedom and opportunity to deliver in a cheeky, on-brand way. Cults. I mean, tribes like ours are always kinda mysterious. 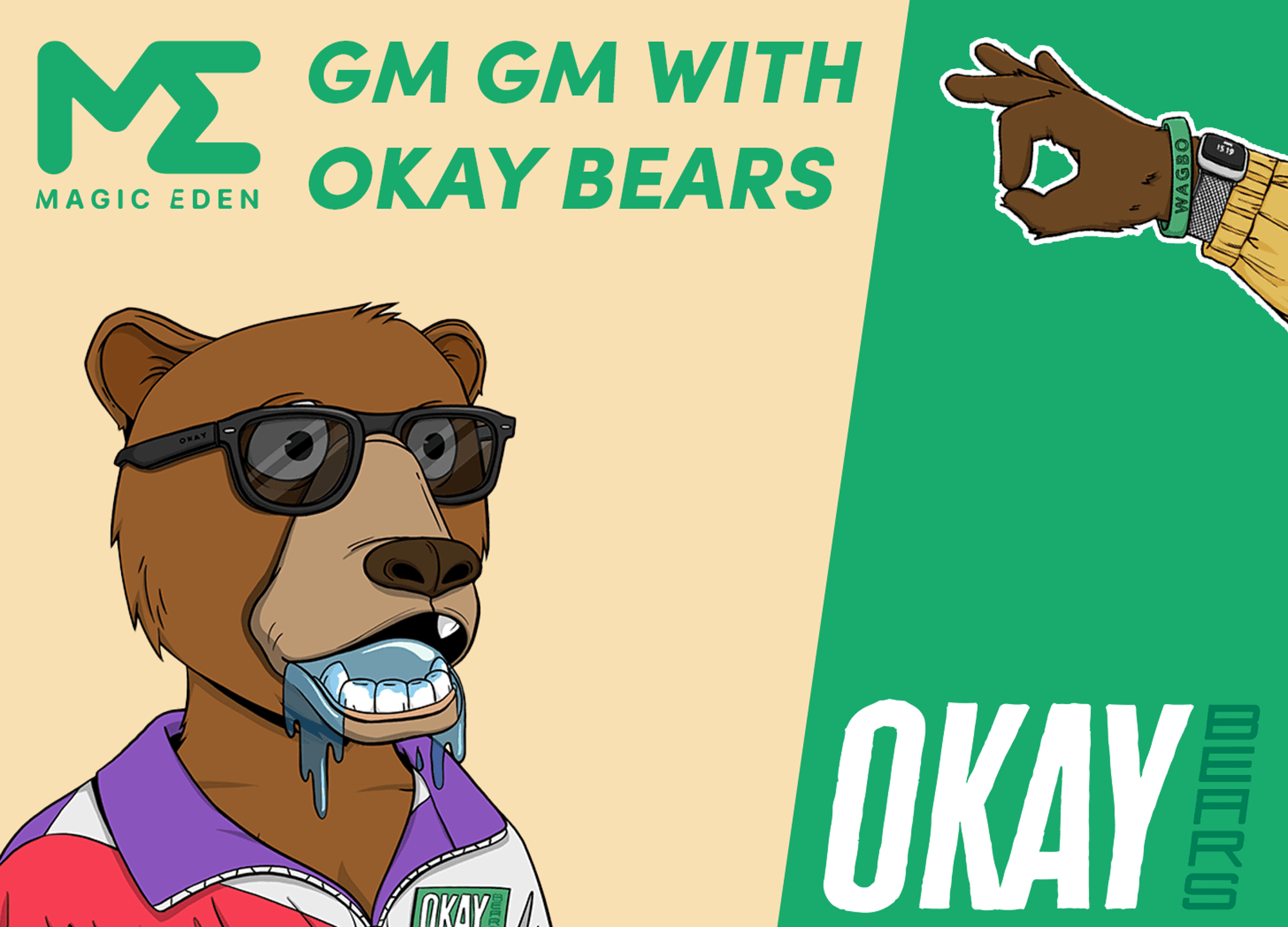